On June 28th I received a text which began our conversation on her attempt to make Goetta. Here's the strand...

Susan: "Question about making Goetta. For the meat, do I leave the fat in with the meat or take it off when I'm shredding? (I remove the bones obviously)

Julie: I take out the fat but GrandmaH left it in. Matter of preference.

Susan: Did grandma used to put crackers in hers (goetta mix)? Dad said she did.

Julie: Yes, she ran saltine crackers through the grinder to make sure all the meat/veggies were pushed through. Not very many (crackers), just enough until you see the meat all through and the crackers coming through.

Susan: OK. Ha. Dad was saying she did. We were like. That is not in the recipe.

Julie: Your dad has a good memory! The crackers were just used to clear the little bit of meat and vegetables from the grinder.

Susan then texted the following photos with the comment, "Haven't tried it yet. Will see how it goes... 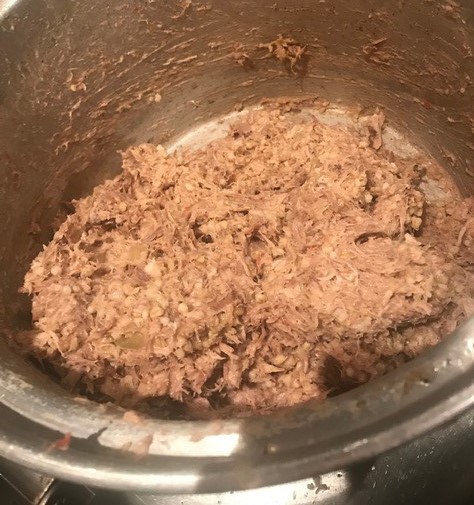 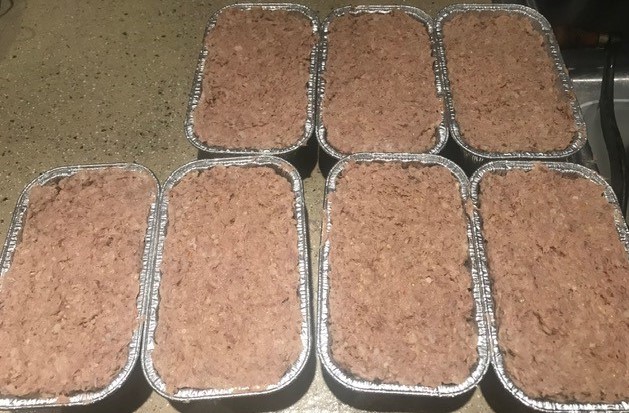 OMG! You have done it. They gorgeous GOETTA. Grandma is smiling down on you, as is your ungebron GG Laura. Your G & GG always served goetta for dinner with potatoes and green beans. They always said that because their Goetta was highly meat based (versus oatmeal), too expensive to use  for breakfast. The fact that your Grandmother never ate breakfast could have been the real reason. Anyway, whether for breakfast or lunch they fried it in bacon fat. Like most women in their day they always kept a jar of bacon fat (called grease) in the refrigerator. I very rarely fry in bacon fat because it’s so bad for you. So I’ll fry the first batch in bacon fat and serve with the bacon for breakfast with eggs. Well, I could go on and on about my Goetta memories. Please send photos of your fried Goetta and photos of the final meals. I’m tearing up now thinking about how proud I am of you for cooking up a batch. Please share your memories and feelings about this Goetta adventure! ❤️

Susan: We will see how it tastes and holds together!

Julie: Ooooooo! Yum! Looks crispy and delicious. How is the taste? Is it what you remember? What did you serve it with?

Susan: We had it for breakfast. I was good, like yours. Meatier than the Glier's kind. But very good. And held together well. I didn't think it was hard to make. Takes time but even the mixing wasn't bad and then I did the grinding too. I actually cooked the meat overnight very low. Then refrigerated it. Made the oats the next day and about halfway through, heated up the meat so I could get the juice and add it to the oats. 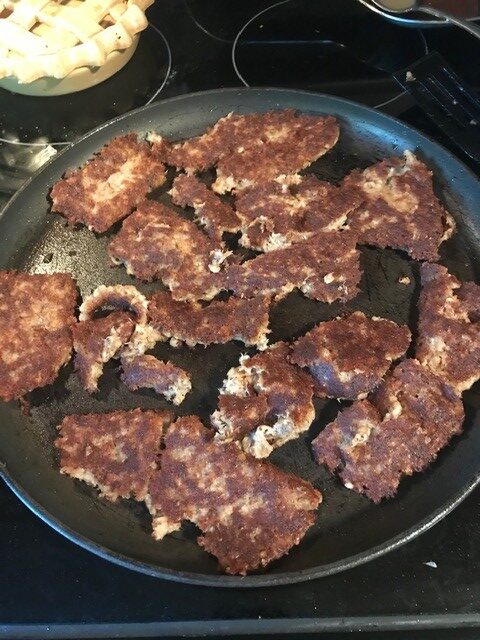